Klaudia//June 13, 2022
Just two days after Beyoncé erased all of her social-media profile pictures, fans are already anticipating a new album from the Lemonade singer. Fans spotted on Beyoncé’s website that placeholder album art comes up if you type in June 11. The black image with Beyoncé’s name is captioned “Image, B7,” making the BeyHive believe that her seventh album is coming soon. The image also appears if you search “June 10.” If announced, the rumored album would be her latest since Lemonade in 2016. Her mother, Tina Knowles, reportedly liked a post alluding to the rumors of an upcoming project. Beyoncé recently posted a few photos of herself on the ’gram just last week, after not posting since March. 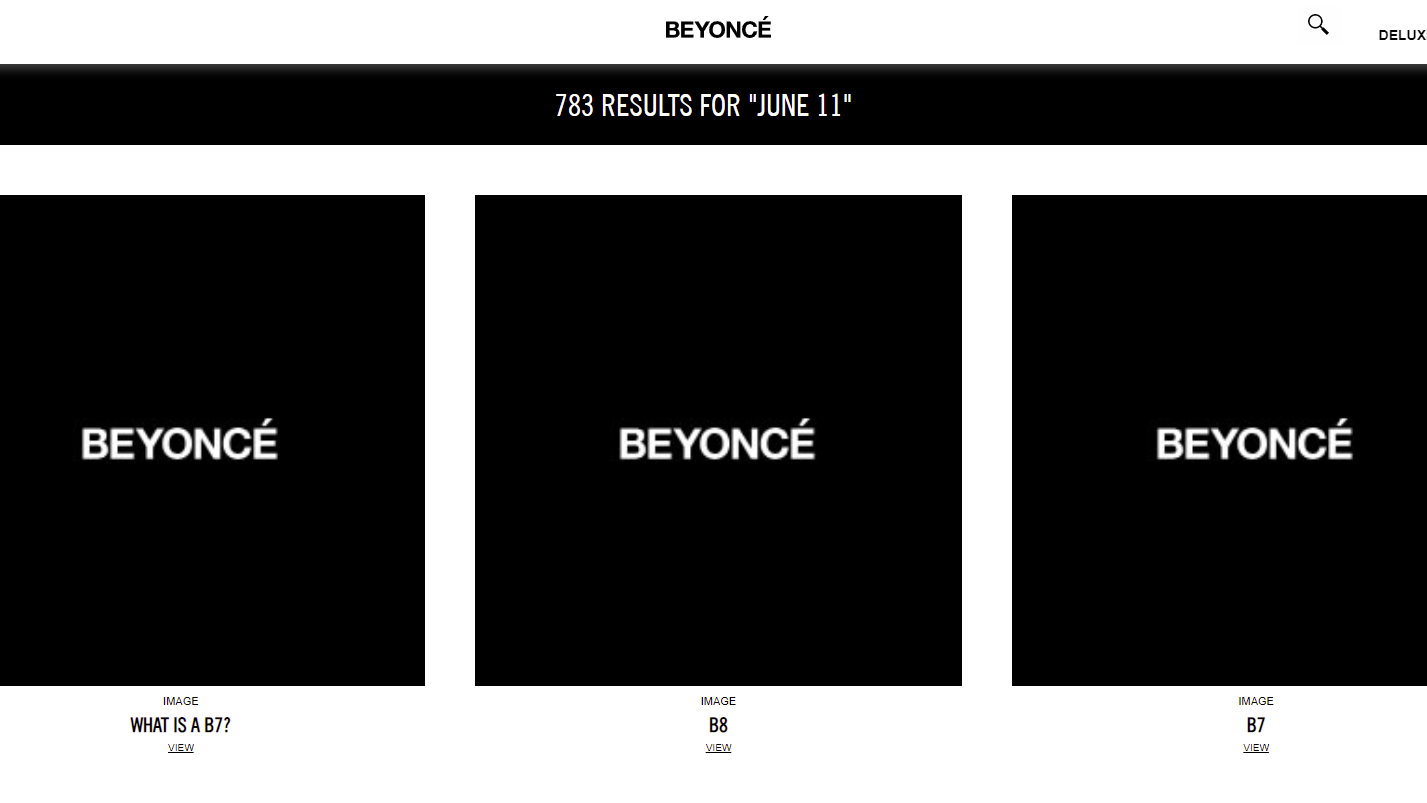