Klaudia//October 31, 2020
Beyoncé sent flowers with a note to Kennedi Carter to congtarulate her on the British Vogue cover.

The singer specifically requested a woman of colour for the shoot, and together with Vogue’s editor-in-chief Edward Enninful she landed on Kennedi. Her first ever fashion shoot saw her capture Beyoncé in full “bow down” mode between a studio and her sprawling Hamptons home over two days in August. In one image, Beyoncé reclines on a leather chair in an Oscar de la Renta feathered fuchsia dress. Another aerial shot finds the powerhouse in a macramé Tom Ford gown, one patent-leather, Louboutin-clad foot resting on her coffee table.

“I was just going with the flow. I had done a lot of research into how she works, and I had underestimated how much she’s willing to submit herself to a vision and truly become someone else’s muse,” says Carter, who worked closely with Parkwood Entertainment creative director Kwasi Fordjour on the shoot, which was styled remotely by Enninful via Zoom. The resulting sense of freedom was a surprise to Carter, who says Beyoncé’s ability to “control her own narrative” has always been one of the things she admires most about her. The superstar’s sheer professionalism aside, Beyoncé was “just so, so nice,” Carter says. “Plus she’s from Texas. So she has that energy.” 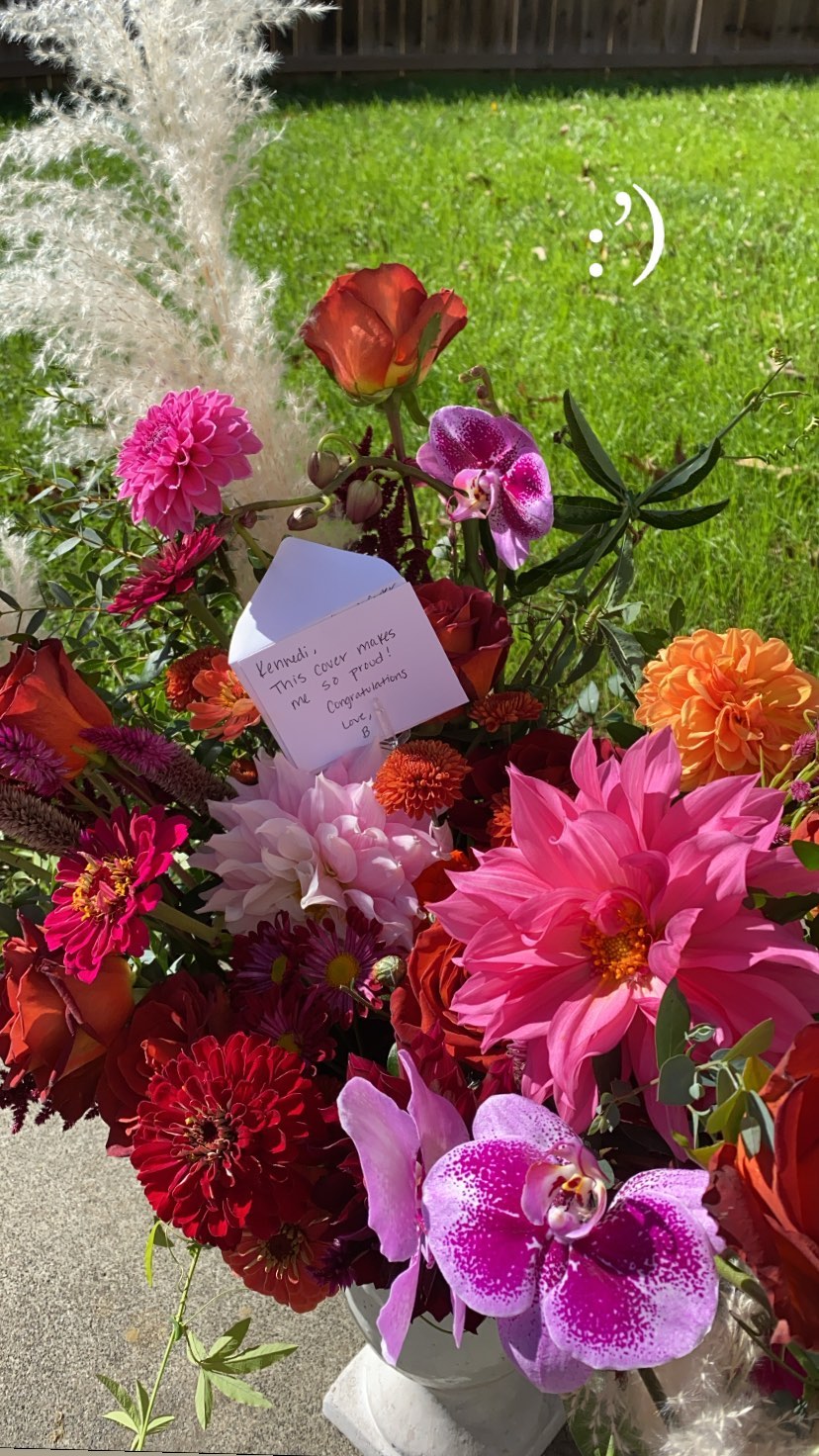