Time Chooses Beyoncé as 2014 Woman of the Year

Klaudia//March 7, 2020
Time magazine has chosen 100 "Women of the Year," selecting one trailblazing woman to represent each year from 1920 to 2019. It's a distinctive way to celebrate Women's History Month, but it's also an acknowledgement that for many years, women's contributions were systematically overlooked.

For 72 years, Time's most anticipated cover was called "Man of the Year" — until 1999, when the magazine changed the title to "Person of the Year."

Still, the male trend continued, and most of the people chosen for "Person of the Year" have been, in fact, men. So, as a reparation of sorts, Time is honoring 100 women now — from suffragists to Beyoncé, and many in between.

When Beyoncé Knowles-Carter debuted as a member of Destiny’s Child in the ’90s, no one could foresee that she would one day be the self-proclaimed “King Bey,” as big as Michael Jackson, Janet Jackson or Prince. By the time she released her first solo album in 2003, her star power was clear, but in the music industry, shooting stars often fizzle. Virgos, astrologers tell us, are perfectionists, and Knowles-Carter, born in September 1981, treated each album like an opportunity to build. Her work ethic is rivaled only by her supreme ability to keep us out of her business. When she dropped her eponymous fifth album near midnight in December 2013, with no indication it was coming, her legend status was clear. Beyoncé was a visual album with sick beats and her signature girl-power anthems. But with “Flawless,” she went a step further, sampling a Chimamanda Ngozi Adichie speech and explicitly claiming feminism for herself. Black feminists were beside themselves, with both excitement and disdain. Could a pop star really be down with smashing the patriarchy? Her performance in front of the word FEMINIST at the 2014 MTV Video Music Awards was a helluva way to punctuate a point.

A few years later, her explosive “Formation” let us know she was back, pro-black and unapologetic. The Lemonade album’s overtures to Black Lives Matter insisted she may be pop, but she is also political. It was a hat tip to her haters and a nod to her serious critics. She’s a woman of few words, but she’s listening. It’s this call-and-response between Beyoncé, the Bey-hivers and the Bey-haters that makes her a singular performer. Haters may hate, but she just gets better. —Brittney Cooper

Cooper is the author of Eloquent Rage: A Black Feminist Discovers Her Superpower 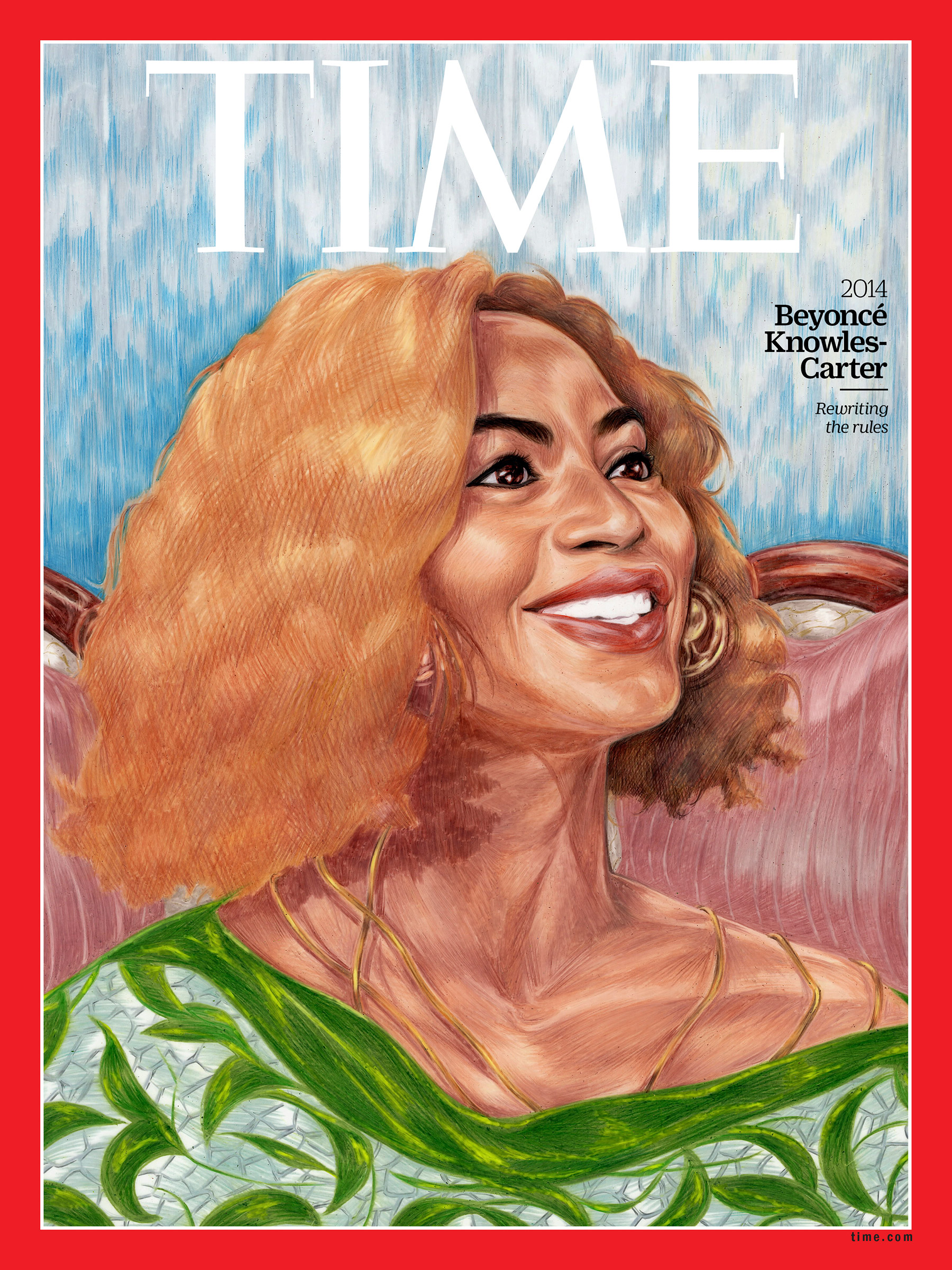 New York–based fine artist Toyin Ojih Odutola chose to portray Beyoncé Knowles-Carter in a Nigerian-inspired dress shirt and a honey-colored bob. “What I arrived at in my final drawing was a portrayal of a woman completely comfortable in her space while curious for what was to come in her future endeavors,” says Odutola. “I hoped to express and retain the joy and wonder in her, the magnitude of her influence, and to illustrate how she did then as she continues to do so now: by inspiring us all to follow our creative inclinations yet never lose sight of ourselves.”