Beyoncé and JAY-Z Will 'Confront the Hard Subjects' on Tour

Klaudia//April 10, 2018
Beyoncé and JAY-Z are ready to put their love on top during their upcoming tour, On The Run 2.

The Lemonade singer’s stepfather, Richard Lawson, popped by the PEOPLE Now studio to talk about his new 10-episode legal drama series In Contempt alongside co-stars Erica Ash and Christian Keyes, when he revealed the couple’s plans to display a more vulnerable side on stage after working hard to strengthen their marriage following publicized issues of past infidelity.

“Well, look at what they’ve been through in the last couple of years in terms of the things that they’ve confronted and the way that they’ve put it into art,” Lawson tells PEOPLE. “This is gonna be really a culmination of their growth and their ability to really confront the hard subjects and the hard issues.”

After therapy and hard work, the rap mogul, 48, revealed to David Letterman on Friday’s episode of his Netflix series My Next Guest Needs No Introduction With David Letterman that he and the Queen Bee, 36, are “in a better place today,” possibly because of her big heart and openness to forgive.
Read more
News & Rumors, Tours, Personal Life

Beyoncé Is Prepping for Coachella 2018 by Going Vegan

The singer, who is taking to the Coachella stage in April, announced on Facebook Friday that she is returning to her 22 Days Nutrition plan in preparation.

“We have 44 days until Coachella!! Vegan Time!! Click the link to join me!! Mealplanner.22daysnutrition.com” Beyoncé captioned a photo of her fancy avocado toast as part of the plant-based food challenge which she co-founded in 2015.

Beyonce.com: A Wrinkle in Time Premiere

Klaudia//March 1, 2018
Beyonce shared photos from the movie premiere of "A Wrinkle in Time".

Beyonce.com: Chichi Get The Llello Part 2

Beyonce.com: Chichi Get The Llello

Klaudia//December 23, 2017
Beyoncé has been seen with many fabulous hairstyles over her long, illustrious career, but no matter how her hair has been colored or styled, one thing has almost always remained more or less the same — the woman rocks some serious length. Except for that time she got a bob back in 2013 (which actually looked amazing on the singer), she's kept her hair mostly past her shoulders and typically well down her back. There's been some debate over the years about whether we normally see her with weaves, wigs, or her natural hair. Well, Tina Knowles attempted to settle that debate with an Instagram post on Saturday.

Let's rewind a little. Beyoncé's stylist, Neal Farinah, posted multiple images of Beyoncé after he styled her for the Sports Illustrated Awards with captions like, "SAY WHAT ALL NATURAL" and "SLAY ME THAT NATURAL CURLY HAIR," implying that what we were seeing on Bey's head was all hers. (TBH, who cares — the woman looks beautiful and we all use makeup, hair products, and other cosmetic enhancements to look our best, but for the sake of debate, let's keep exploring.)

However, commenters still had some questions for both Bey and Farinah and wondered if it was indeed her real hair (or all hers and not a half wig). This caused Farinah to post a video to Instagram addressing some of the comments and praising the gorgeous natural texture many black women have.

Flash forward and Tina Knowles herself has stepped in with an Instagram post showing Beyoncé from the back with a long, sleek ponytail. The caption simply says, "INCHES!!!! So happy my baby’s hair grew back !! She is going to get me 😩" and while it doesn't address any of the drama around Bey's hair, it does imply that everything we're seeing in the photo is real and that Beyoncé's hair is all hers.

Klaudia//December 22, 2017
A new video of Beyonce dancing at Julez's birthday party in LA on October 22 has recently surfaced online.

Klaudia//November 30, 2017
Jay-Z got real about everything from his marriage to Beyoncé to his mother's sexuality and his relationship with Kanye West in an interview with T Magazine.

Klaudia//November 21, 2017
Beyonce sent a note to Ben Platt to congratulate him after his last performance of "Dear Evan Hansen". 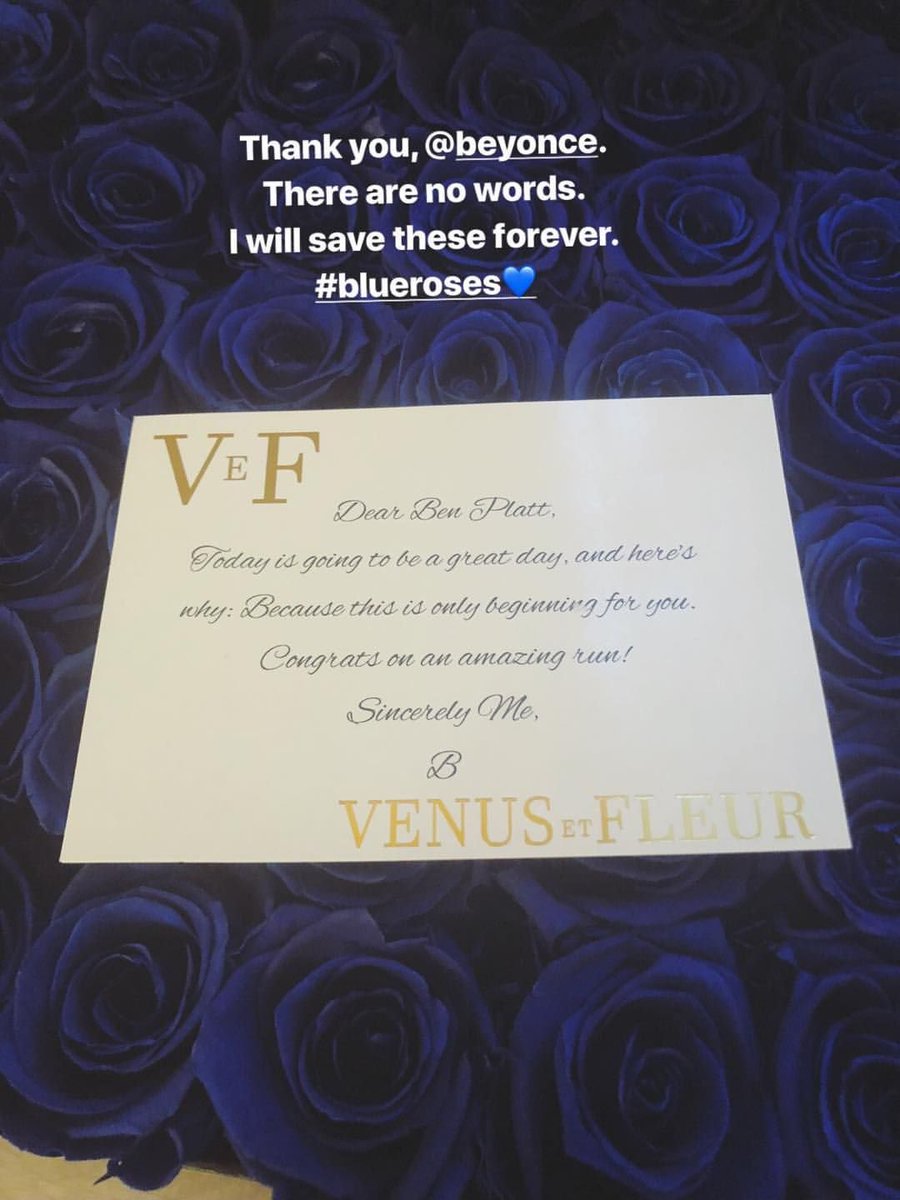