Klaudia//September 29, 2016
Joining celebrity investors like Snoop Dogg, Ashton Kutcher, and Justin Bieber, Queen Bey is bringing her supreme business skills to the tech world. Beyoncé and the management company she started called Parkwood Entertainment have invested $150,000 into Sidestep, an app for buying concert merchandise and skipping the line to pick it up at the show.

Sidestep originally started selling t-shirts and posters for Beyoncé on her Formation World Tour. But after two weeks of seeing its success, Beyoncé and Parkwood invested in Sidestep’s seed round of funding.

Sidestep CEO Eric Jones tells me they “wanted Beyoncé’s tour to be very focused on tech”, and liked the idea of “a tiny scrappy startup doing the biggest tour in the world.”

Beyoncé previously invested in WTRMLN WTR, a watermelon beverage company, and is believed to have ties to juicing machine maker Juicero. With her investment in Sidestep, though, she could directly help artists earn more money.
Read more
News & Rumors

UTSA offering class based on 'Lemonade'

In her course description, Professor Kinitra Brooks refers to Beyoncé's latest work as a "movement" and "meditation on contemporary black womanhood," which she chose to base her lessons on this fall.

The class meets three times a week and is sectioned into themes based off the album's tracks, kicking off with "Formation" and ending in December with "All Night."

"The purpose of this class is to explore the theoretical, historical, and literary frameworks of black feminism," Brooks explained in the class syllabus.

Though the idea of analyzing one of 2016's most popular releases is interesting many Roadrunners, Brooks warns students via the class syllabus that the curriculum, worth 3 credit hours, will force them to work harder "than ever before," as she will not "sugarcoat" her tone but will provoke thoughts outside of their comfort zones.
Read more
News & Rumors

Klaudia//September 27, 2016
Beyonce leads the nominations for this year's MTV Europe Music Awards, earning a total of five nods. Make sure to support her and vote!

Ivy Park is a lifestyle brand designed for workout and play. This season marks a renewed focus on fabrications and finishes – with metallic parka jackets and bonded satin neoprene sweats set to elevate your downtime look. Activewear feels reinvigorated with graphic fishnet and camouflage prints off-set by a layer-led aesthetic of cutaway tanks, sheer inserts and laser cut logos. Explore both sides of the collection here. 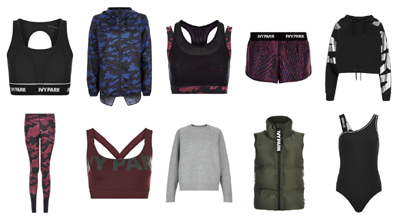 Klaudia//September 22, 2016
The BROADWAY SINGS concert series will present its 13th installment with Broadway Sings Beyoncé at the Highline Ballroom on November 7th at 8pm. A cast of 15 Broadway stars from shows such as Hamilton, Spring Awakening, and Waitress will sing completely new arrangements of the pop queen’s greatest hits (including selections from her recent Lemonade album), accompanied by a 14-piece orchestra playing original orchestrations. Previous artists honored in the series include Adele, Michael Jackson, Beyoncé, Sara Bareilles, Billy Joel, and Whitney Houston.

The concert will give tribute to this groundbreaking artist and her greatest songs, including “Love on Top”, “Irreplaceable”, “Single Ladies”, “Halo”, and a few selections from the Destiny’s Child catalog, one of the best-selling girl groups of all time. The music will be orchestrated and arranged by Joshua Stephen Kartes.
Read more
News & Rumors

Klaudia//September 21, 2016
Jay Z and Beyoncé have recruited numerous superstars to perform at a charity concert in support of the Robin Hood Foundation. The Lemonade singer will perform alongside Nicki Minaj, Lauryn Hill and Common. The show will take place at Brooklyn's Barclays Center on October 15th and stream exclusively on Tidal.

The concert, titled Tidal X: 1015, will raise money to support education for New York City children, while other as-yet-unnamed charities proposed by the artists will also benefit. "A strong education is one of the best poverty-fighting tools there is,” Robin Hood's executive director David Saltzman said in a statement. "We’re thrilled that the proceeds from this once-in-a-lifetime benefit concert will support great teachers and strengthen schools. It will undoubtedly be an incredible night for everyone, especially our honored guests: the heroic teachers helping our most vulnerable children escape poverty."

Beyonce Nominated at the 2016 MOBO Awards

Klaudia//September 21, 2016
Beyonce has been nominated in two categories for the 2016 MOBO Awards. The ceremony will take place in The SSE Hydro, Glasgow on Friday, November 4 and will be broadcast live on ITV2 and repeated on ITV. Make sure to vote and help Beyonce win!

Jay and Bey will perform, as well as Nicki Minaj, Lauryn Hill and Lil Wayne, at Brooklyn’s Barclays Center.

The event — for which tickets will start at $50, with some VIP packages going up to $100,000 — will raise money for Robin Hood, education for children in NYC and for charities nominated by the artists. The event will also be streamed live on Tidal.

There are no changes to any additional dates at this time and performances in St. Louis, Los Angeles, Santa Clara, Houston, New Orleans, Atlanta, Philadelphia & Nashville are expected to proceed as scheduled.

Klaudia//September 4, 2016
Beyoncé is celebrating her 35th birthday today! We at BeyonceOnline.org would like to wish her a fabulous birthday! Today is also the 10th anniversary of her second album "B'Day"! 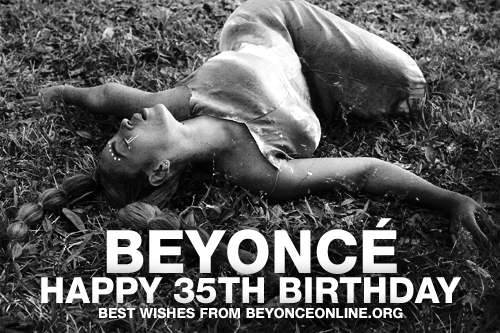 Beyonce Nominated at the 2016 MTV VMAJ

Klaudia//September 2, 2016
Beyonce has been nominated in two categories for the 2016 MTV Video Music Awards Japan. Voting is now open and will run until September 30 at 11:59 PM. The winners will be announced on October 3.

Klaudia//September 2, 2016
New Formation World Tour merchandise is now available for pre-order at Beyonce's Sidestep store! It's less than a week until the second U.S. leg of the tour kicks off in East Rutherford! 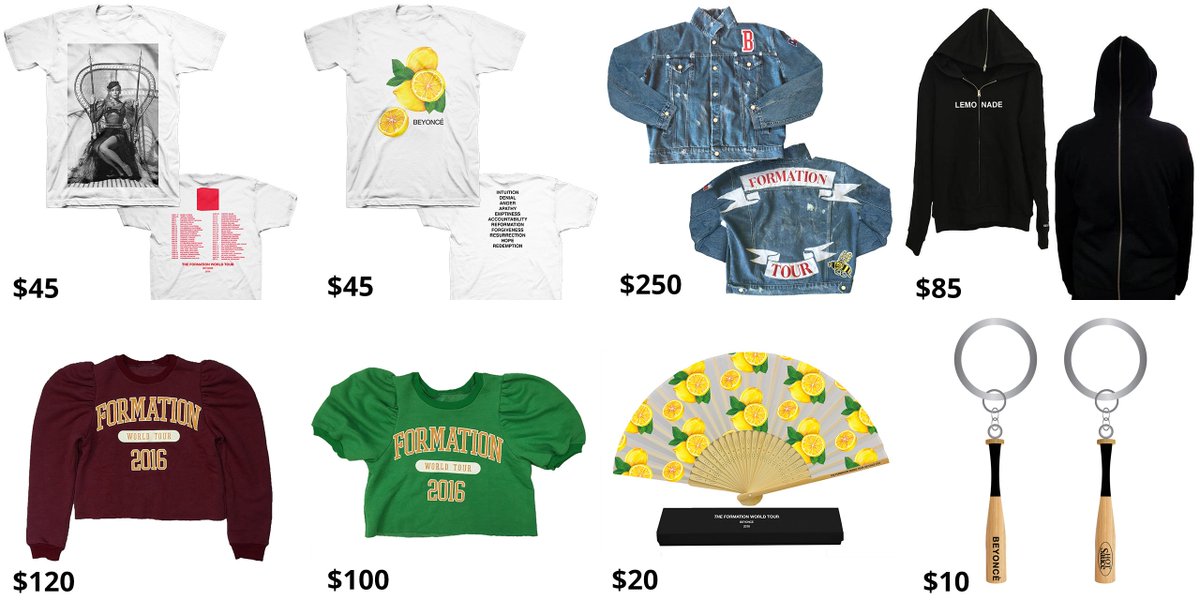 Klaudia//August 31, 2016
Katie Baron’s Fashion + Music delves behind the scenes to understand the beginnings and making of Beyonce’s iconic style.

Written by former Dazed and Vogue contributor and trend forecaster, Katie Baron, the book gives a unique insight into how fashion and music, working as twin agents, have reflected but also influenced popular culture. It features exclusive interviews with the creatives behind some of the most iconic and era-defining looks of music’s greatest heroes, including Beyonce. It explores the power of fashion as a make-or-break tool within the music industry’s creative process and gives context to the sound.

​There are two chapters featuring Beyonce and her work with B Akerlund and Jenke-Ahmed Tailly. The Akerlund chapter looks at their partnership for the campaign announcing the 2013 Mrs Carter World Tour, and the 2013 "Beyonce" visual album in particular the styling for "Superpower".

The Tailly chapter is solely focused on the partnership between Beyonce and her former creative director and that unique time period in Beyonce's career.

Check out exclusive pictures from the book in the gallery and remember to credit BeyonceOnline.org when sharing! The book is available now through Laurence King Publishing.

Klaudia//August 21, 2016
Beyonce is featured on Frank Ocean's song "Pink + White" from his new album "Blonde," which was released yesterday! Buy on iTunes or listen below.

Klaudia//August 21, 2016
According to several Twitter users, Beyonce was rehearsing yesterday at the Gibney Dance Center in New York City! Rumor has it she's preparing for a performance at the MTV Video Music Awards, which will take place on August 28 at the Madison Square Garden.

Jordan Edwin André (@_jordaneandre) How do you act when Beyoncé is rehearsing in the studio next door?

Zach Tucker (@ZachTuckerSM) When Beyoncé is rehearsing her VMA performance in the studio next to yours...
Read more
News & Rumors, Performances

Klaudia//August 21, 2016
Beyonce’s Formation World Tour has now grossed $210 million (and counting). The first two legs of the tour -- through North America in the spring followed by a five-week trek in Europe that wrapped Aug. 3 -- generated 1.8 million tickets sold at 40 performances.

After a brief hiatus, the Formation World Tour will resume on Sept. 7 at MetLife Stadium in East Rutherford, N.J.: the first stop on a final nine-city jaunt through North American markets that will wrap in Nashville on Oct. 2.

The Formation World Tour launched on April 27 in Miami, and concluded its first North American leg on June 14 after playing 23 shows on the continent. The tour headed to Europe and kicked off with a June 28 stadium show in Sunderland, England. The European segment included 17 concerts at 16 venues, with box office sales reaching $86.9 million.

Reported this week by tour promoter Live Nation, revenue from the European leg earns Beyoncé the No. 1 slot on Billboard’s weekly tally of Hot Tours.

Each of the venues on the European schedule hosted the tour for a single night except for London’s Wembley Stadium that drew 142,500 fans on July 2 and 3. The two-night stint earned $15.3 million, the sixth-highest gross of the year based on reported Boxscores from touring artists of all genres.

The best-attended show so far on the Formation World Tour occurred at her July 21 show at the Stade de France in Paris. A total of 75,106 tickets were sold to the concert. (That beats the 55,736 tickets sold to her May 14 Rose Bowl show in Pasadena, Calif. -- which had been the tour’s best-attended show.)
Read more
News & Rumors, Tours, Charts, Rankings & Ratings

Klaudia//August 4, 2016
With Beyonce’s “Sorry” fading at rhythmic radio, Columbia Records is beginning to shift focus to the follow-up single.

“Hold Up,” said follow-up, was recently made available to rhythmic radio programmers. It will officially impact in conjunction with the August 16 add board.

Radio has already shown some interest in the song. In the days following the release of “Lemonade” — prior to Columbia’s confirmation that “Sorry” would be the official radio single — “Hold Up” registered as one of the album’s most played tracks.

“Sorry,” which is still gaining in airplay (though not necessarily moving to a higher position) at the urban format, peaked at #6 on the Mediabase rhythmic chart.