Beyonce Spotted for the First Time Since Giving Birth

The 35-year-old superstar was snapped arriving to dinner at Nobu in Malibu, California, on Wednesday night with her husband, JAY-Z, the first sighting of the singer since she gave birth to their twins last month. According to an eyewitness, the couple arrived at 8 p.m. in separate cars and was surrounded by security.

"Their security arrived in an Escalade, got out and checked the parking lot, then JAY-Z exited the car," the eyewitness tells ET. "A second Escalade arrived with Beyonce and two other security cars. The couple had seven security guards plus three from Nobu -- 10 total."

According to the eyewitness, Bey and Jay left around 11 p.m., again in separate cars.

Sir and Rumi, her twins with husband Jay-Z, were born in June. For the past month, the world has anxiously awaited a first glimpse of the babies.

Early Friday morning, Beyoncé finally graced them with a photo, posted to her Instagram account. It shows her holding the twins along with the caption, “Sir Carter and Rumi 1 month today.” 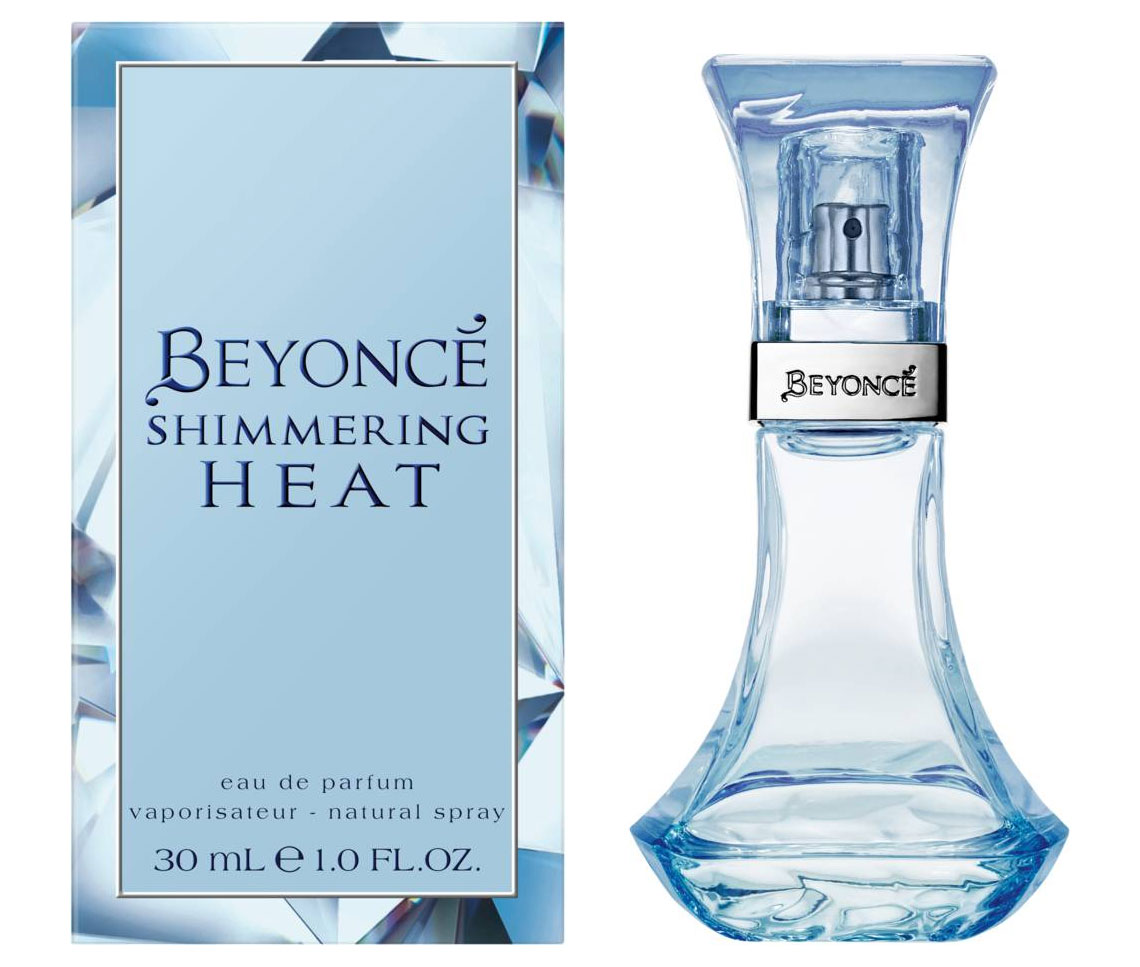 Beyoncé's perfume line based on her premier fragrance Heat (launched in 2010) showcases various interpretations of different fantasy orchid accords in the form of flankers. The original is based on the red vanilla orchid, Heat Rush contains the yellow tiger orchid, Heat The Mrs. Carter Show from 2013 brings the Brassia Edvah Loo orchid, Heat Kissed from 2015 features the Red Fury orchid, Heat Seduction was composed to reflect the ginger orchid, etc. The new Shimmering Heat comes out before the end of the 2017 summer and will be portraying the Blue Mystique orchid.

Shimmering Heat is inspired by the first moments on stage, when the light shines on Beyoncé while she is dressed in a sequined outfit. The composition aims to evoke this "magical" and "enchanting" atmosphere. Fresh, green, floral and chypre notes promise a difference from the previous sweet, fruity and gourmet editions of this line. The Blue Mystique orchid at the perfume’s core is surrounded with sharp pink pepper and fresh notes, and placed on a woody base of patchouli.

The light blue bottle and box are in the standard form of the collection and this edition comes in the sizes of 30, 50 and 100 ml Eau de Parfum.
Read more
News & Rumors, Photos, Fragrances

Klaudia//May 23, 2017
Beyonce took to her website to show her support for Manchester after last night's attack at Ariana Grande's concert.

Klaudia//May 22, 2017
Beyonce posted personal photos from the Carter Push Party on her Instagram.

Klaudia//May 21, 2017
The final stretch! Beyoncé, who is expecting twins with husband Jay Z, celebrated at a star-studded baby shower in Beverly Hills on Saturday, May 20.

The 22-time Grammy winner put her growing baby bump on fully display at the party, wearing a barely there top and a flowing skirt. The outdoor event was held under a huge tent and featured a seating area with orange floor pillows and patterned rugs.

Klaudia//May 16, 2017
On Sunday, Jay Z treated wife Beyonce and daughter Blue Ivy to a low-key lunch in Venice, California. The famous family were escorted through the restaurants back door by a group of bodyguards. Beyonce, hair tied in a low bun, wore a green-and-white floral print ensemble.

Restoration Hardware Store in LA (May 1)

Klaudia//May 4, 2017
Beyonce and Blue Ivy were spotted at the Restoration Hardware Store in Los Angeles on Monday.

Klaudia//May 4, 2017
Beyonce updated her website and Instagram with personal photos from the Los Angeles Clippers vs. Utah Jazz game.